DO YOU HAVE WHAT IT TAKES TO BECOME A PROFESSIONAL E-COMBAT GAMER?
﻿HOW IT WORKS
We take the same approach to gaming as we do fighting.  Everyone starts as an amateur and they work their way up the ranks to the pro level from there.  That said, there are two levels (with a third coming soon) to the UCL E-COMBAT hierarchy.  They are...

STAGE 1 - GT AMATEUR QUALIFIER - Hosted by GRAVITY TOURNAMENTS
Throughout the week Gravity Tournaments will host GT## tournaments where the winners get a cash prize and qualification for STAGE 2 - E-COMBAT AMATEUR CHAMPIONSHIP. 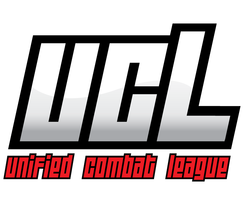